Ag Showcase Alumni & CEO of ZeaKal, Han Chen on Partnerships & Why Trait Technology is the Future! 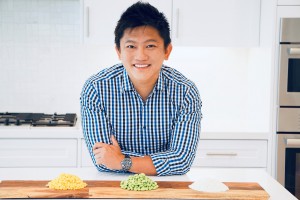 ZeaKal is a next generation trait technology company that uses its trademark PhotoseedTM technology to elevate the intrinsic photosynthetic capacity of plants, increase crop yields and improve nutritional composition. They have currently partnered with two of the largest companies in both the seed and cannabis/hemp space. ZeaKal’s most recent strategic collaboration is a $10 million investment from Canopy Rivers. Earlier this year, they  also completed an equally important R&D collaboration with Corteva Agriscience™. We spoke to Han Chen, the Chief Executive Officer of ZeaKal and long time participant/alumni of the Ag Innovation Showcase about his experience in taking the company from concept towards commercialization.

Formed in 2010, ZeaKal started with a small team of largely first time entrepreneurs and some exciting early stage science out of New Zealand. Given how risky and expensive trait technology companies could be, ZeaKal’s biggest challenge was how could it convince investors that the science could be derisked quickly with minimum cost. In  2012, ZeaKal officially kicked off its Series A fundraising, coinciding with the company’s debut at the Ag Innovation Showcase. Focusing on the strong underlying science that was developed by AgResearch Ltd, a New Zealand Crown Research Organization coupled with the company’s unique business model to partner with world class universities to minimize development costs, ZeaKal closed its Series A within four months of the 2012 Showcase. Being present at the Showcase, gave ZeaKal the captive attention of leading investors and industry players. Since 2013, ZeaKal has raised $26M in venture financing and grown from a team of four to twenty across the United States and New Zealand.

Han has attended the Ag Showcase since the conference’s second year. Although the Corteva deal came together recently due to the tireless efforts of several people across both organizations, Han does identify the annual dialogue at the Showcase as a strong driver for what got the collaboration to the finish line. Han and Matt Muller (Director for Business Development, Corteva) have met annually over the past decade. Although brief the two would discuss everything not just ZeaKal and Corteva but the state of the industry and the role of innovation. This bond does not develop overnight and according to Han, “The key thing for entrepreneurs to understand is that just having the networks and business cards  is not enough. You have to build strong roots and let that relationship grow.”. Han’s engagement with Matt was established before the dawn of  Corteva Agriscience   but the years that the two have known each other created a foundation for the collaboration to build off of.

In contrast, Han noted that the Canopy Rivers investment was completely unexpected but was driven by ZeaKal’s track record and reputation in the industry as a leading traits innovator. Due to the regulations and restrictions around hemp and cannabis research, the crops are largely undomesticated and industry is not only figuring out the breeding and genetics but also the agronomics of how to grow and harvest. Despite these concurrent challenges, Han anticipates a very fast growth trajectory for the sector since it can leap frog off of the innovation in agriculture broadly including genetics, digital and automation. Han believes that PhotoSeed will play an important role, especially in the hemp market. Beyond the focus of increasing cannabinoid production through higher photosynthesis, he sees hemp as a great industrial crop where the additional yield and oil production can go into renewable materials, green chemistry and biofuels. Hemp is a great crop as far as sustainability goes since it grows on marginal land with relatively low inputs. Han believes that PhotoSeed would increase the already high carbon sequestration of the crop even further to combat the effects of greenhouse gases and climate change.

Looking forward across the overall industry, Han sees PhotoSeed as an important toolset for farmers to meet the challenge of feeding the world. “Today’s farmers not only have to increase yields but are also required to do so while losing several important technologies in their arsenal. We have to ensure that as innovators we are filling this yield gap. Furthermore Han states that PhotoSeed is not just a trait for farmers and growers, but consumers as well. “While farmers and growers are our customers, agriculture touches everyone so our products have to be more than yield. We want to ensure consumers that we are also focused on nutrition and sustainability so that the value of our products do not stop at the farm gate but reaches the dinner table as well.” Han gave an example that in forage grasses, if every acre of ryegrass in New Zealand were converted to PhotoSeed varieties, not only would yield and animal nutrition improve, it would also eliminate the green house gas emissions equivalent of two million cars.

Though there is a temporary blip of excess food supply at the moment, it does not take away the need to bump up food production to feed a growing population of over 9 billion in the next 25 years. From a macroeconomic perspective, ZeaKal believes that traits will be a critical piece to meeting these demands and is aiming to bridge the widening gap between demand and supply of food for the future!

Register today to attend the 2019 Ag Innovation Showcase or apply to present at the showcase at www.agshowcase.com