Historians speculate that in the 17th century, King Henry IV of France was the first to call for “a chicken in every pot.” Three centuries later, Americans resuscitated this phrase in political campaigns during the Great Depression. Today, global demand for chicken continues to increase. In the next five years, the United Nations’ Food and Agriculture Organization predicts that poultry meat consumption per person will rise faster than it will for pork and beef, especially in Africa, which has the highest rate of population growth in the world. This demand creates an enormous opportunity, and Heinrich Hanekom, a South African businessman, has a solution.

To Heinrich, chicken is not just food, it’s a way of life. A decade ago, he and his father started hatching eggs and selling chicks to make extra money. With their old egg incubator failing, they searched for a quality, high-tech incubator to no avail. They began trying to build their own, and after six months of trial and error, they created a design that achieved a 100 percent hatch rate. Soon friends and neighbors started asking where they could purchase one, and Surehatch was born. 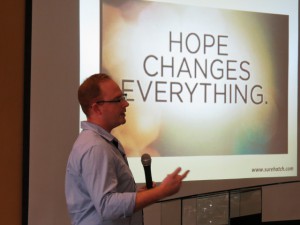 Over the years, Surehatch has developed several incubator models, including ones for small- and medium-scale businesses, as well as full commercial hatcheries. They also built a manufacturing plant, and have sold more than 5,000 incubators in 20 countries. In 2013, Feed the Future Partnering for Innovation, a US Agency for International Development program that helps companies commercialize agricultural technologies in developing countries, invested in Surehatch to commercialize its incubators for smallholder farmers in Kenya.

Surehatch’s innovative approach is to sell egg incubators to smallholder farmers as a complete business. The small-scale incubator, known as the SH80, costs about US$125 and holds 42 eggs that hatch in 21 days and is tailored for Kenya’s particular energy needs. The company introduced it to Kenya’s smallholder market by running free monthly workshops on the benefits of effective poultry management and egg incubation, emphasizing the concept of producing chickens as a business opportunity. Women make up more than half of workshop participants, and close to a third become customers. In addition, Surehatch’s Kenya-based staff calls its customers every day during the first incubation period to answer questions and provide support. Ultimately, these farmers can repeat the 21-day egg hatching cycle up to 17 times a year and achieve a steady annual income. Using this model, in just its first year, Surehatch has sold more than 250 incubators in Kenya and is receiving orders from farmers in countries across the region.

Kenyan customer Andrew Mwangangi, a 50-year-old subsistence farmer, exemplifies the genius of Surehatch. After attending a workshop, he realized he could improve his income by changing his business from selling eggs to selling chicks. To buy a Surehatch incubator, Andrew sold 25 of his hens, confident that his investment would pay off. Time really was money for him, as the transition froze Andrew’s income while he waited three weeks for the first batch of eggs to incubate. But when they finally hatched, he sold them at a local market in less than an hour, and made ten times the income he would have made selling eggs. Andrew is already saving to buy a second incubator, and Heinrich is eager to replicate Andrew’s success throughout Africa. Surehatch just may be the innovation that finally does put a chicken in every pot.

Deborah leads the Communications and Knowledge Management component for Feed the Future Partnering for Innovation. Previously she was co-founder of the Green Products Roundtable and also vice president for the Keystone Center. She is an experienced mediator, writer, and facilitator.

The Ag Innovation Showcase will take place in Minneapolis, Minnesota at the Guthrie on September 9th-11th, 2019. Visit our website at www.AgShowcase.com